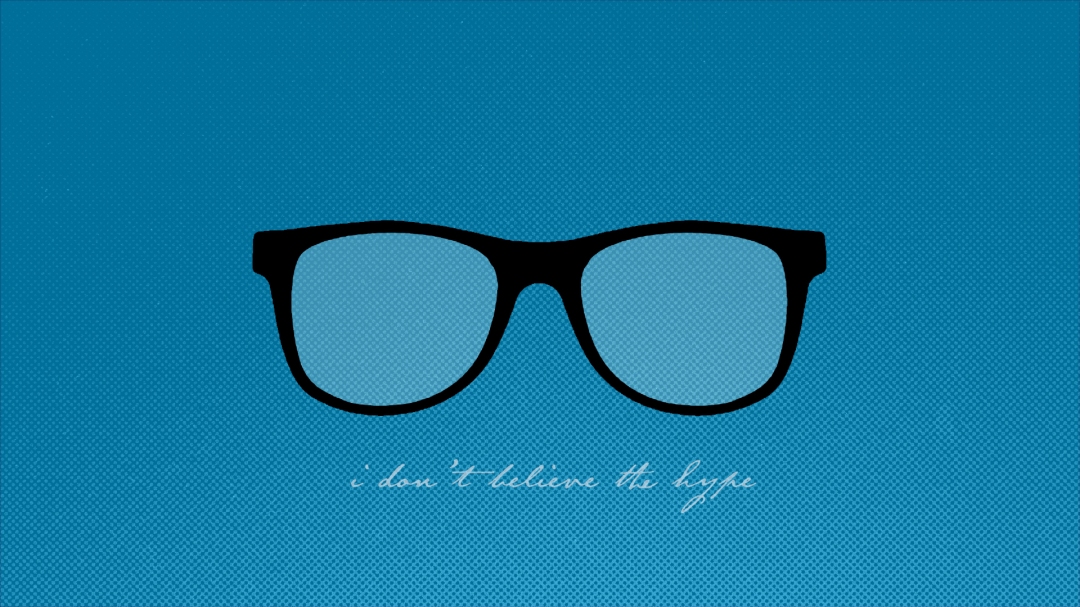 As a self-proclaimed cultural observer, I keep an eye and an ear open to art and music. You can learn much about a culture by its art, especially from popular music.

Sadly, in recent years, popular music has become an arid wasteland, especially on the lyrical front. I won’t name names because that would probably offend some of my readers, but the lyrics have gotten really bad and shallow. Many of the lyrics are oversexualized and way too concerned with drugs, revenge, or materialism. As I mentioned, art says a lot about culture.

Imagine my surprise when I stumbled upon “The Hype,” by Twenty One Pilots while flipping between radio stations. This song is a breath of fresh air. On that first listen, I picked up on a hopeful message regarding that awkward phase of our teenage years. It seems like overnight, kids who were once accepted are suddenly deemed “not cool enough.” But one day, that “hype” won’t mean all that much.

I immediately thought of the struggles my son, Jonathan, experienced starting around seventh or eighth grade. I looked up the song when I got home … and watched the video and ingested the lyrics. This is a good song with a powerful message. Watch and listen.

On my second listen of the song, I was immediately transported back to my own awkward years which started much earlier than Jonathan’s. Suddenly I remembered what it was like to be a third grader wearing thick glasses and ill-fitting, high-water pants with holes in the reinforced knees. My glasses were both unstylish and had to be superglued together because I broke them – every single pair. My teeth were crooked and I was short, skinny, and pale. To borrow a phrase from the song I was a “terrible sight.” And almost overnight, I landed on the uncool list at school.

I began to emerge from the awkwardness around ninth or tenth grade, but not before I got contact lens, braces, and a more stylish wardrobe. Surprisingly, that awkward phase is still a tender spot all these years later – “The Hype” exposed those old feelings.

“The Hype” takes you to that place, but it doesn’t leave you there. Tyler Joseph, who wrote the song, said that the lyrics share what he wishes he could have told his younger self during those awkward years. Here is a sample of the lyrics:

Verse One
Sometimes I feel cold, even paralyzed
My interior world needs to sanitize
I’ve got to step through or I’ll dissipate
I’ll record my step through for my basement tapes

Verse Two
Yeah, they might be talking behind your head
It might take some friends and a warmer shirt
But you don’t get thick skin without getting burnt
Your exterior world can step off instead

Man, I have been there … except for the “basement tapes.” I didn’t even have a basement. What I did have was art and writing … and a great family and a great church. All of this helped me overcome that pain of being rejected and ostracized for not being “cool enough.” In the song, Joseph hints that the struggle is useful in forming one’s character (“you don’t get thick skin without getting burnt”).

Joseph hammers home his hopeful message in the chorus:

Eventually, you find your people (“my kind”) – the people who encourage you, love you, and accept you for who you are. You don’t have to sell out to be accepted. See the pronoun shift in the chorus – from first person in the first two lines of the chorus to second person in the last three lines. Once you have been encouraged, you should encourage others who are struggling. I found this type of community at my home church, First Baptist Church in Calvin, Oklahoma, and I have found the same type of community at First Baptist Church in New Orleans.

Thank you, Twenty One Pilots for planting a tiny oasis in the middle of the vast, arid wasteland that is American pop culture. You managed to create a piece of art that is truthful, authentic, hopeful and offers a bit of social commentary. Thanks for offering encouragement to kids facing the awkward years.