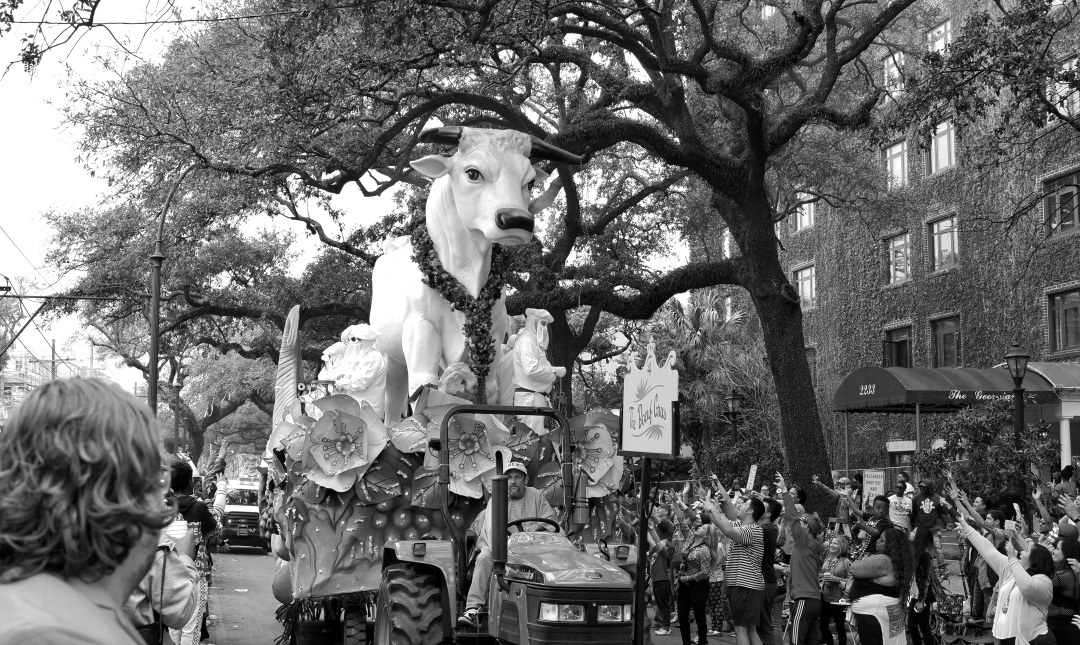 Mardi Gras in New Orleans explodes with vivid colors and vibrant sounds. These sensory aspects are what most people associate with the parades … and those are some of my favorite aspects as well. But Mardi Gras is also about community and people from various backgrounds coming together — something that wasn’t always the case. I chose to present these photos in black and white to narrow the focus — to help us see the faces — to help accentuate the contrasts.

The photographs below were taken at the Zulu Social Aid and Pleasure Club parade and the Rex parade on February 25, 2020. Rex has been parading on Mardi Gras since 1872. The group that would become Zulu began marching in 1909 and organized as “Zulu” in 1916. At the time, African Americans were locked out of Mardi Gras krewes and endured harsh treatment throughout the Jim Crow south. The parades now happen back-to-back and share much of the same route (though with different starting and ending points).

Zulu means something very special in New Orleans. Though excluded from participating in the existing krewes of the day, Zulu forged its own tradition. It remains a beautiful reminder of the triumph over injustice. The parade is an understandable source of pride in the New Orleans African-American community.

The two parades exhibited dramatic contrasts. While both featured bands and music, music had a much larger role in Zulu. I especially enjoy seeing floats honoring Louis Armstrong and Professor Longhair — two of our city’s musical greats. Over and over I heard people at the Zulu talking about where they went to high school.

While Rex was more formal and the viewers were a bit more distant, Zulu was extremely interactive. Getting a coconut is no easy task and usually involves interaction between the rider and the viewer. One of the coconuts I received included a great moment of connection. Rex focused on themed beads. Zulu, in addition to their coveted coconuts and themed beads, threw many stuffed animals and similar items to children along the parade route. I really enjoyed both parades and time with Kimberly and friends. It also provided a glimpse at socio-cultural dynamics of the past and the present. 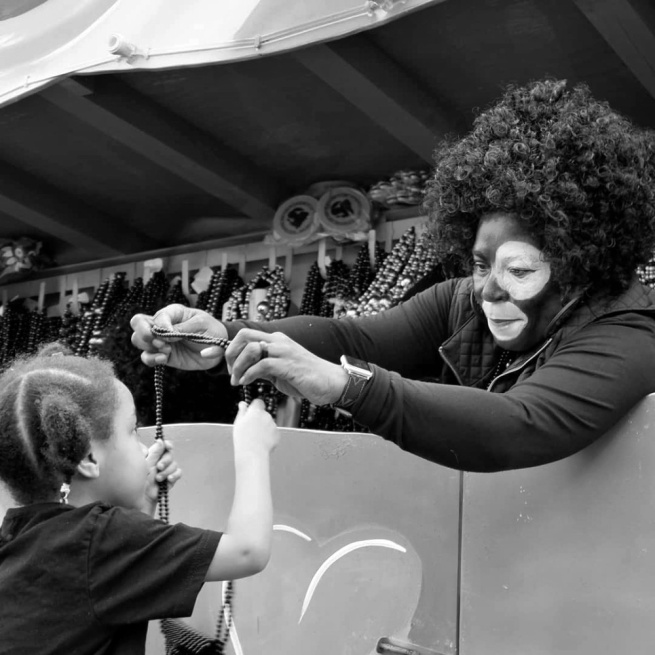 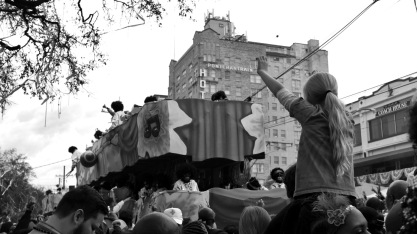 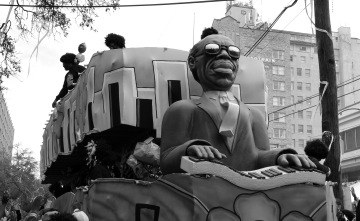 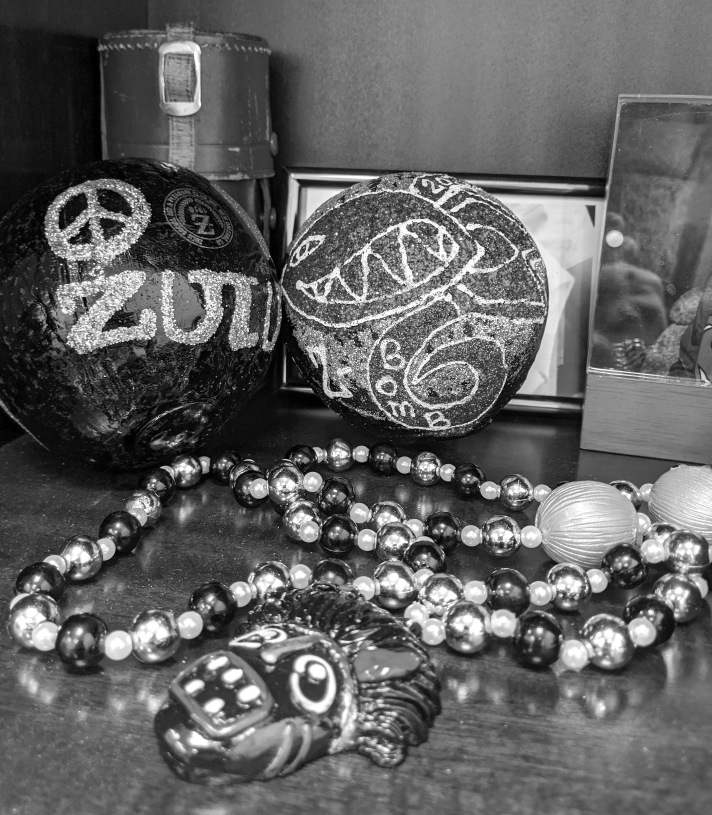 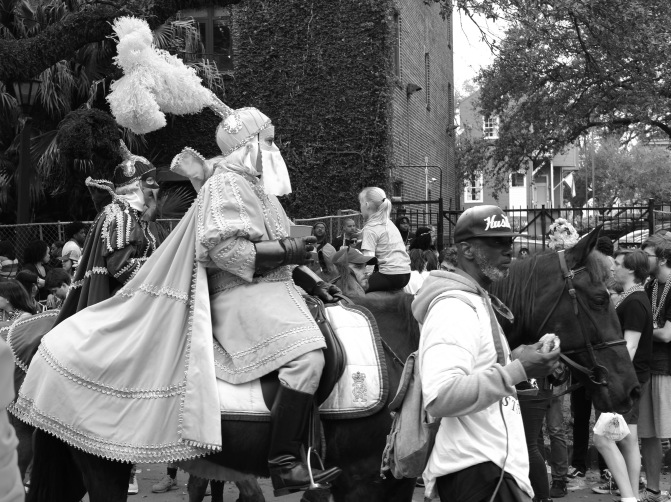 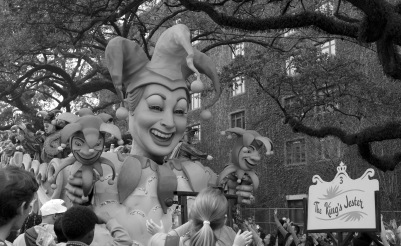 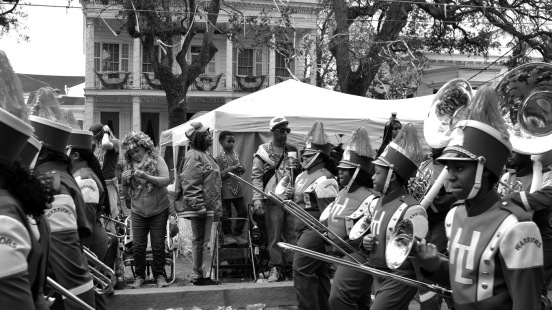